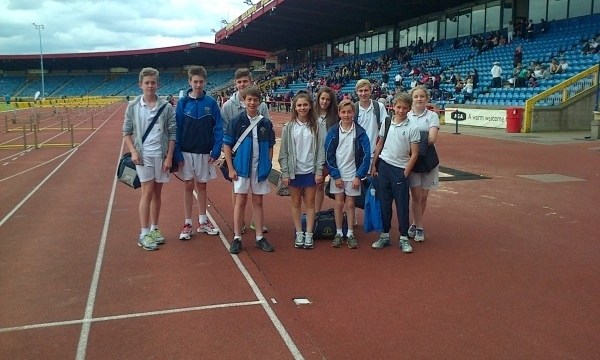 Colchester High School is this week celebrating two new National Champions and 8 medals in total following a successful participation at the National Independent Schools Association (ISA) Athletics Championships at the Alexander Stadium in Birmingham on Monday 16thJune.  Emily Bowyer won the Senior Girls Triple Jump with a distance of 10.37 m and James Murrell won the Senior Boys High Jump with a clearance height of 1 m 85 cm.  Colchester High School also had silver medal wins for Jordan Milburn in the 200m and the Emily in the East Anglian Girls relay team.  Bronze Medals were won by Archie French in the 1500m,  Alex Godley in the Triple Jump and Alex and Jordan again in the East Anglian Boys relay team.

13 athletes from Colchester High School qualified through their performance in the East Anglian competition and travelled to face the best in the country.  David Young, Principal said “to make the National finals was a great achievement in itself especially given the amazing standard of some of the athletes in qualification.  We are so pleased with the performance of all our pupils and look forward to participating again next year.”